What does it take to get refugee status in Russia?

Russia does not welcome asylum seekers easily. To receive refugee status or gain temporary asylum, one has to go through severe bureaucratic difficulties – and success is never guaranteed. Here is the story of one man who endured but eventually had to leave Russia.

The name of the text’s character was changed at his request. 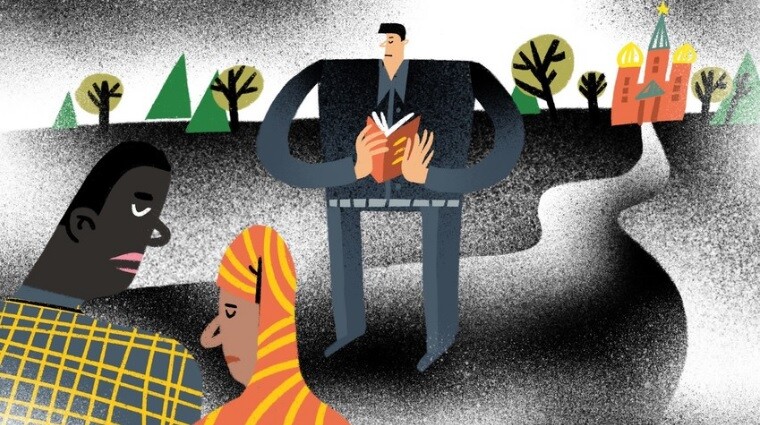 If you are going to seek refuge in Russia, think twice – this way is not for the faint-hearted. Varvara Grankova

Ahmad has been a refugee since he was born. As a Palestinian, whose grandparents left their native land for Syria after the 1948 war with Israel, he has lived with refugee status from birth, though he was born and bred in Syria. Palestinian refugees are not allowed to have Syrian citizenship, though they enjoyed similar rights and responsibilities as Syrians, in order to “keep their original citizenship” (presuming they can go back to Palestine one day).

When the civil war broke out in Syria in 2011, Ahmad, like his grandparents, had to seek refuge, as the country that hosted his ancestors turned into a dangerous war zone. “I don’t want to be killed or to kill – that’s even worse,” Ahmad says. In 2012, he sought asylum in Russia – and this path is not for the faint-hearted. 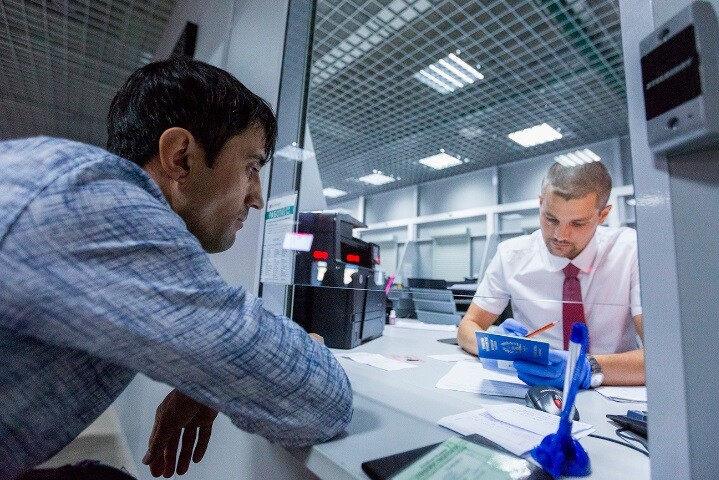 “Russia doesn’t want to accept refugees,” Yevgeny Yastrebov, a consultant on migration issues at Civic Assistance Committee, says in an interview. He knows what he is talking about: Civic Assistance has helped refugees, migrants and displaced persons since 1990, cooperating with the UN Refugee Agency and providing asylum seekers with legal, medical and educational help.

Legally, the Russian Federation, acting in accordance with the UN 1951 Refugee Convention and the federal law “On Refugees”, can grant asylum seekers with either refugee status (permanent), or temporary asylum, which must be prolonged each year.

“Applicants are recognized as refugees in case they have concerns of becoming victims of persecution on the grounds of race, belief, citizenship, ethnicity, membership in a social group or political beliefs… and cannot enjoy the protection of their country of citizenship,” says Russian Interior Ministry’s official website link in Russian). In fact, however, it is very hard to get refugee status in Russia.

“It’s almost impossible to get refugee status, as for temporary asylum status, this is also granted very rarely,” says Yastrebov. “And if a person already enjoys temporary asylum, there is no guarantee at all that it will be prolonged.” Ahmad knows this well.

“I’ve been visiting Russia since 2006, long before the war, as a seasonal worker, getting short-term visas,” says Ahmad. He speaks relatively good Russian, his uncle and brother live in Moscow. In 2012, his relatives who remained in Syria, in Aleppo, gave him a piece of advice: “Don’t come back, stay there. It is too dangerous in Syria now, you can be killed.” So, when his visa expired, he applied for temporary asylum.

After three months of immigration officials demanding more and more documents, finally, he succeeded. “For three years, they were prolonging asylum and I lived in Moscow. My family helped me, and when there was a possibility I worked – selling kebabs or some other stuff. Little money, but better than nothing,” Ahmad recalls. In 2016, however, everything changed.

The migration service refused to prolong Ahmad’s asylum. “They asked me: ‘When are you going back?’ I said: ‘I don’t know, the war is still on, when things calm down a bit, probably.’ And they refused.” With the help of Civic Assistance Committee, Ahmad appealed the verdict – it took a lot of nerve because at this stage immigration officials were really harassing him. 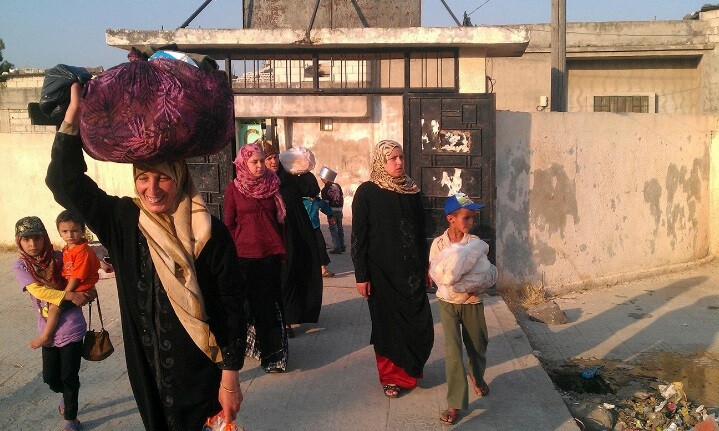 “One time, I came wearing a beard, and they demanded me to shave it off. What’s wrong with my beard?!” Ahmad recalls with resentment. “I’ve seen Russians with longer beards than mine… even Lenin had a beard, after all! The other time, they just said to us: you will be at the end of the line, we are dealing with Ukrainians first. I think they were using every excuse to postpone dealing with me.”

For about a year, Ahmad was appealing the verdict in different courts but lost. Many people from Syria seeking refuge (or trying to prolong it) in Russia had the same experience. For instance, in June 2018, the Supreme Court of Russia refused to address complaints from ten Syrian citizens who had been rejected asylum prolongation.

“Events happening on Syrian soil can be qualified as a counter-terrorist operation, not a full-scale war with a pronounced frontline,” thus, being in Syria doesn’t endanger people’s lives, Kommersant quotes the court’s verdict. (Russia Beyond asked the Russian Interior Ministry, which is in charge of asylum seekers, to provide us with a commentary on refugee policy in Russia, but no comment was made).

Basically, this means that Syrians are not accepted in Russia anymore, Yevgeny Yastrebov concludes. “Once, I heard an official in the migration center shouting loudly in the hall: ‘We don’t give asylum to Syrians! The war is over, so go home!’ without even looking through each person’s case.”

Ahmad, despite the difficulties he had to overcome, is comparably lucky: his wife and daughter left Syria using a different path – through Turkey, Greece and Hungary to Germany – settling down in Berlin, where they were granted refuge. His wife managed to provide him with a family reunification visa, so Ahmad was able to join them in Germany (for a couple of months, he had to live in Russia illegally, risking being deported).

“Perhaps I will miss Moscow,” he says. “A lot of things are great here – the city is so clean, the metro is great… but, you know, I am not welcome here”. In August 2019, he left Russia for good.

What to do if you seek refuge in Russia? 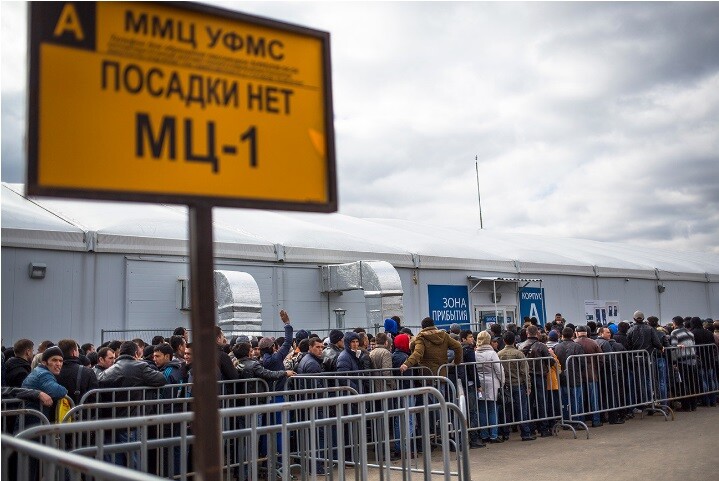 A line to the UFMS, an organization that used to be in charge of migrants and refugees (before that role was transferred to the interior ministry). AP

Not everyone among asylum seekers is as lucky as Ahmad: some people, in case the migration service refuses asylum, must choose between living in the country illegally (which means constant fear of deportation) or going back to the countries they ran away from, in some cases putting their lives in danger. That, however, doesn’t mean they will escape deportation. For instance, in early July 2019, Bozobeyidu Batoma, a citizen of Togo, who claimed he would be tortured and killed in case of returning to his homeland, was deported to Togo. After that, his tracks were lost.

Obtaining refugee status or temporary asylum in Russia, as Yastrebov believes, is close to winning the lottery: very rare and logically inexplicable.

“I’ve seen so many cases when people with compelling documents were refused asylum. But this year, one Sudanese told me that he was only asked in the migration service: ‘Do you play football?’ He said ‘Yes” and they granted him refuge.” It’s hard to find any logic here – but, again, such “happy” cases, while rare, do happen

Russia is not the best place to seek asylum, to say the least, Yastrebov believes. But, of course, many asylum seekers don’t get to choose: fearing for their lives, they are eager to flee anywhere, even to a country where they face severe difficulties.

For them, the main advice from human rights advocates is to act legally, according to the official procedures. Apply to migration service as soon as possible (better if you do it with the help of a translator and a lawyer). Provide the migration service with every possible document that proves you really need refugee status / asylum (legally, you don’t have to, but de facto that gives you more chances). If you are rejected asylum, appeal in the courts at different levels – even if they reject the appeal this will gain you some time to remain legally in Russia.

Also, try to find a way to provide and care for yourself, because the state doesn’t give aid to asylum seekers, and it even doesn’t give them the opportunity to work legally. Finally, hope for the best – which is among the few things refugees are legally allowed to do anywhere in the world. 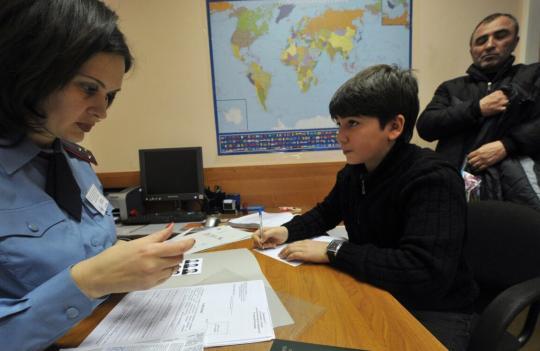