On Monday, April 11, Babushkinskiy district court pleaded guilty Kirill Filatov, activist of Russian National Socialist movement Restrukt, and sentenced him to six years in penal colony. This is the first verdict in cases of the group, accused as well of attack on our applicant, Uzbekistan citizen Aleksander Lee. 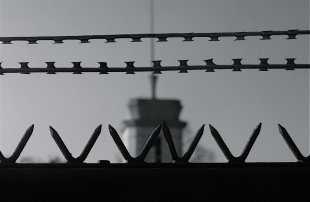 We recall that Kirill Filatov was accused of two episodes of attacks on people of non-Slavic appearance. The first one was beating of Zaur Aushev. Restrukt members set an appointment with him by phone in June 2014. He was severely beaten, forced to eat a pack of smoking mixtures (known as Spice) and then assailants  turned him over to the police. But police released Aushev and attackers didn’t like that. They decided that the punishment was not appropriate and continued to beat him. Lately, Zaur Aushev died in hospital because of the received trauma.

The second episode was the atack on Uzbek national Alexander Lee, who later asked for the assistance of the Civic Assistance Commitee. Alexander Lee had nothing to do with smoking mixtures’ merchants, he just caught the group’s eye in the wrong time. He was severy beaten in the street in July 2014. The assailants used pepper-spray ball and telescopic baton. As a result of the attack, Alexander received a serious injury. His phisician diagnosed a close injury of the lower thoraric spine, spinal cord injury and disfunction of pelvic organs. Committee’s employees gave maximum support to Alexander Lee, payed for the treatment and helped him to get home to Tashkent.

“Kirill Filatov’s family fully compensated victims’ injuries, including Alexander Lee. At the time of the attack Filatov was a minor, he has disability. The sentence can not be called soft, taking into accout all these factors. Therefore, it is reasonable to assume that other assailants will get not less tough punishment, ” Civic Assistance lawyer and Alexander Lee’ s representative Mikhail Kushpel commented the decision of the judge Mamayeva.

In February 2016, the court should have sentenced another Restrukt member, Andrey Makarov, but the judge Anton Martynenko decided to return the case to the Prosecutor’s Office due to territorial jurisdiction. Later, cases of another nine Restrukt members were returned to the Prosecutor’s Office for the same reasons, including the case of leader of the organisation Maksim Martsinkevitch.

Restrukt case defendants are accused of numerous attacks under articles ‘robbery’, ‘premediated destruction or damage of property’, ‘plunder’, ‘hooliganism’, ‘deliberate serious damage to the health, resulting in the death of the victim’. The only defendant who was charged under article ‘incitement of ethnic hatred or enmity’ became the ideologist of the movement Maksim Martsinkevitch, better known as Tesak (Hand Axe, Machete in Russian).  In other cases, the hate motive had not been reflected in the case files.