Court Rules Unlawful Lack of Action in Department of Education 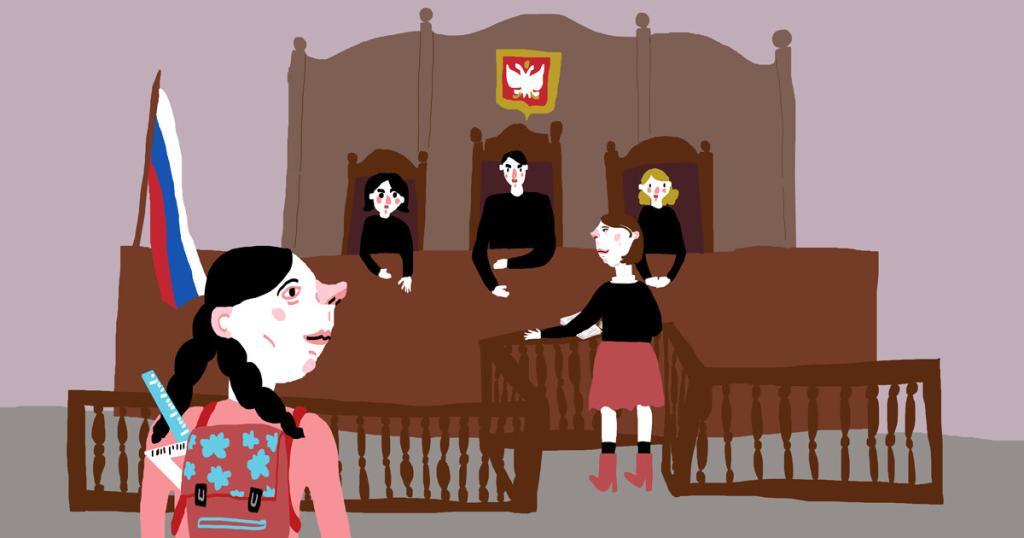 On 16 July 2019, the panel of Moscow City Court heard the cassation appeal of an Uzbekistan national Karimov concerning the violation of his minor son’s right to education. The court declared an unlawful failure to act from Moscow Department of Education as it had taken no action to enroll the child in a school and ruled to refer the administrative case to the first instance court and be heard by a different bench of judges.

Uzbekistan national Karimov took to Kuzminskiy District Court in 2018 with an administrative action against Moscow Department of Education and the headmaster of the school No. 1359 who had denied the enrolment of his minor child. On 26 February 2018, Karimov filed an application on the official website of Moscow Government (mos.ru) to get his 16-year-old son admitted to 9th grade in the school No. 1359. Among the required documents, the school indicated “for foreign citizens, a temporary residence permit is obligatory”. Karimov is a refugee, he does not hold a temporary residence permit, neither does he have to hold one in order for his child to be able to study in a school. All children, regardless of their citizenship and migration status, have a constitutional right to education. Only absence of vacant places in a school may constitute valid ground for denial of admission to an educational facility, but not an absence of a temporary residence permit. Karimov demonstrated the lawfulness of his stay in Russia by presenting the certificate issued by the Main Directorate of the Ministry of Internal Affairs of Russia for Migration Issues on consideration of his application for temporary asylum in Russia. The school administration refused to admit the child, in a personal reception they claimed they do not admit Uzbeks because “the law on education is only written for the citizens of the Russian Federation. Two days later Karimov’s application was invalidated with a notice detailing “false information provided”.

Karimov’s complaint to the Moscow Department of Education concerning the actions of school No. 1359 did not bring any effect, the civil servants did not provide any assistance to enroll the child in the school. In its response dated 10 April, the Department reported that the system did not contain any electronic applications from Karimov, and for some reason explained the procedure of filing a school admission application.

In the first instance court hearing, Karimov’s interests were represented by the Civic Assistance Committee lawyer Maria Krasova. Krasova pleaded with the court to declare it unlawful to deny the admission of Karimov’s minor son to school No. 1359 as well as failure to act from Moscow Department of Education that took no action in ensuring enforcement of the child’s right to education, and, most importantly, to rule to enroll the child in the educational facility. On 15 June 2018, Kuzminsky District Court dismissed the claims, having concluded that there were no reasons to consider that the respondent violated the right to education. The Appeal Board of Moscow City Court upheld the decision on 10 October 2018.

Civic Assistance Committee filed a cassation complaint with Moscow City Court. In her interim decision of 3 June 2019, judge E.A.Magzhanova admitted that it was not “possible to agree to the conclusions drawn by the first instance court and the appeal board”. The court ruled that in hearing Karimov’s administrative case, violations of both procedural and substantive law had taken place, and referred the case for consideration in a hearing of cassation instance, the executive panel of Moscow City Court. In her decision, judge Magzhanova reminded that the Constitution of the Russian Federation provides for the right of each and any individual to education and guarantees universal access to education and its free of charge basis: “the right to education in the Russian Federation is guaranteed regardless of sex, race, nationality, language, origin, material, social and occupational position, place of residence and other circumstances”. In addition, the court noted that Article 3 of the Convention on the Rights of the Child had been violated, the Article stating that for educational facilities, the best interests of the child should be the primary consideration.

The executive panel of Moscow City Court confirmed judge Magzhanova’s interim decision findings and referred Karimov’s case to the court of first instance for reconsideration by a different bench of judges.