Ripe for Exploitation: How Syrian Refugee Children Are Treated in Russia

August 24, 2015. This morning, instead of giving lessons, the teachers at a school for Syrian refugee children loaded the school’s belongings into a car. Classes had suddenly been cancelled, and the school closed. The proprietor of the room in a private house where classes had been held showed the children and teachers the door. 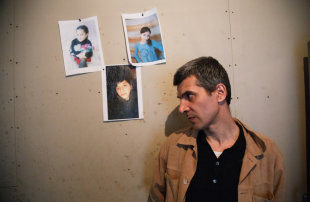 This happened after local Russian Federal Migration Service (FMS) officers had shown up on Saturday at the house on Rogozhskaya Street where the school was located to carry out a spot check, which had mushroomed into a full-blown search. The officers inspected not only the rooms and the grounds of the house but also the personal belongings and furniture of both the house’s owner and the school.

The occasion for the spot check had been information about a Syrian terrorist who had, allegedly, been registered under false pretenses at the house. As the school’s organizer, Syrian journalist and political refugee Muiz Abu Aljail, told Grani.ru, the reason for the search was contrived. The local authorities had simply wanted to get rid of the school.

Classes had begun in May of this year under the auspices of the Civic Assistance Committee’s Adaptation and Education Center for Refugee Children, with assistance from the United Nations High Commissioner for Refugees. Around thirty Syrian children who had settled in Noginsk in recent years were pupils at the school.

Olga Nikolayenko, director of the Adaptation and Education Center, told Grani.ru that Muiz Abu Aljail had actively helped his compatriots in the Moscow Region by providing legal and other assistance. When he found out that many Syrian children in Noginsk had nothing to do and were simply roaming the streets, Muiz organized a informal study group, initially in Arabic, after which the Civic Assistance Committee got involved and recruited professional teachers.

“We organized a Russian language summer intensive course to prepare the children to enroll in regular schools in Noginsk in September, ” said Nikolayenko, “As you know, there is now a lawsuit underway against the Ministry of Education in order to force Russian schools to enroll migrant and refugee children regardless of whether they have residence permits. [The Supreme Court will hear the case on August 27 — Grani.ru.] We are counting on winning and wanted to get the children’s Russian up to speed. But now the owner of the house has been thoroughly intimidated. They summoned her for questioning and told her they were looking for an agent of Al Qaeda. Classes have been disrupted.”

According to Nikolayenko, the Noginsk authorities had immediately reacted with hostility to the idea of setting up the school. When people from the Adaptation and Education Center had come to Noginsk in May to secure the assistance of the local education department, a meeting was held at which Alla Artyomova, head of the local FMS office, had categorically stated that no classrooms would be provided for the school, because on paper there were no Syrian children in Noginsk and no one cared about what happened to them.

At the same time, in neighboring Losino-Petrovsky, a similar school for migrant children has received a lot of assistance from the local authorities, who found classroom space and promised to help the children enroll in school. In Noginsk, however, the school was left to its own devices and had to hold classes in a private home.

“The kids really liked it, ” says Elena Drozdova, a teacher at the school, “and we managed to get a lot done. After all, teaching a person to read and write Russian from scratch in three months is a big deal. But now we’ve loaded our things in the car, and we don’t know what will happen to the school, what will happen to the children, and after this incident, whether the parents will let their children go to school at all.”

Muiz Abu Aljail believes the problems are much more serious than red tape. Officials are not interested in helping the refugees to adapt since an unsettled community is a good source of bribes.

In September, Muiz Abu Aljadail will himself be forced to leave Russia, because he did not pay bribes and was not granted asylum in Russia. And the Adaptation and Education Center for Refugee Children was evicted from its premises in Moscow in July.

Translated by The Russian Reader