Assistance for Refugees and Stateless Persons 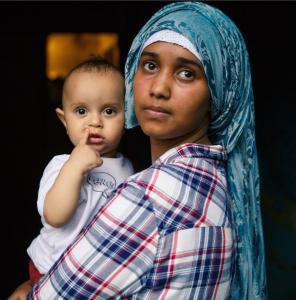 Most people have resided in one country their whole life and struggle to understand those who are forced to move. Migrants are often met with suspicion, fear, and contempt. A refugee life is difficult as it is; dealing with widespread rejection makes it even harder. On top of that, the state is often indifferent at best, or outright hostile in its treatment of forced migrants, further exacerbating their plight and making their life unbearable.

The refugee policies in Russia are formally governed by the Federal Law On Refugees. The law was passed in 1993 in response to the dire need to accommodate nationals from former Soviet republics who poured into the country after the collapse of the USSR. Today, however, the law is largely useless for those trying to escape war and persecution in their countries—it simply does not work in the Russian legal practice. It is next to impossible to get asylum, let alone citizenship, in Russia, which means that migrants are denied access to legal residence and residents’ rights. Refugees in Russia are shut off from accessing education, medical and social services, and legal employment. No assistance programs—federal or regional—exist to alleviate their plight.

In most cases, stateless persons in Russia are former Soviet citizens who—for various reasons—were unable to get citizenship in the country where they resided when the Union collapsed. Many of them have been living in Russia for a long time but cannot become Russian citizens because of the complexities of our legal system. Like refugees, these people are denied access to federal pensions, free public education, and state medicine.

The refugees and stateless persons who come to us for assistance can tell us about their problems better than any faceless facts and figures. There are days when our waiting room at Olimpiyskiy Prospekt 22 is buzzing with speech from all corners of the world: you can meet Syrians, Ukrainians, Afghans, Abkhazian Georgians, people from African countries, and Russians who formerly resided in Soviet republics.

We help everyone regardless of their ethnicity, race, religion, and political affiliation.
How we can help: