This is a project to support migrants who have been seriously affected by the aggressive display of xenophobia in their locations. Very often, such crimes are hushed up in the media and are not reflected in official statistics, since the motive of national hatred is officially attributed to criminals extremely rarely. Concealing cases of attacks on migrants makes it impossible to trace the extent of racism.

– We provide legal support, including the help of a lawyer;

– if the attack caused bodily harm, we provide medical and psychological assistance;

– if, due to the attack, the victim has lost working capacity, we provide humanitarian assistance.

received legal advice from the lawyers of the Civic Assistance Committee in 2019.

Our mission is to help the abused people cope with the consequences of the attack and achieve justice.

How did the program start, and why is it relevant:

Crimes against humanity are often committed out of hatred. Often, this hatred is caused by the fact that the victim differs from the attacker in skin color, facial features, language, and religious affiliation.

In 2011, we, the Civic Assistance Committee, launched a project to help people who suffered in such attacks.

Payment to a lawyer for working a case at the preliminary investigation stage or in court – 50,000 rubles.

Consultation with a psychologist – 2,500 rubles.

An important part of the project is monitoring hate crimes

The ‘Hate Attack Map’ was created by the Committee as a tool for analysis, especially for journalists and NGO’s, primarily for monitoring court hearings. It also helps with monitoring the characteristics of the attack like the terrirory and the demographic features. Finally, it asks for help. The card is supported by our partner – IAC ‘Sova’.

In total, more than 700 cases were recorded on the card. The main categories of victims were identified: natives of Central Asia (32.3%), natives of Caucasus (10.9%), dark-skinned people (9.8%), homeless people (9.3%), and LGBT people (8, 9%). They also analyzed the consequences of attacks, common times of day of attacks, the most dangerous places, common weapons, and more

Alexander Lee was attacked in 2014 by the Restrukt group, but there has been no monetary or moral reparations made for the attack.

In 2020, a complaint was filed with the European Court of Human Rights because of an ineffective investigation of the attack, as the motive for hatred was not taken into account, and also because of the minimum amount of moral harm of 50,000 rubles has still not been paid. The case is at the communication stage.

In 2016, a man approached Sulaimon in the metro and said that “the Russians must sit and you must stand,” and began to shout xenophobic insults, and then shot Sulaimon in the head with a pneumatic pistol As a result of the attack, Sulaimon lost his eye and is now recognized as a disabled person of group 2.

In 2018, the attacker was convicted of the attempted murder of Sulaimon Saidov and sentenced to 10 years in prison.

Subsequently, 750,000 were collected from the attacker as moral damage and 583,000 rubles as material damage.

In March 2019, B. Kh. was attacked by an employee of the Magnit supermarket in Shchelkovo, Moscow Region. The saleswoman started the conflict, saying that “all Tajiks are thieves.” The victim was not provided with medical care. Instead filing a case of beating, the police filed an expulsion case.

The lawyer of “Civil Assistance” represented the interests of the victim in court. As a result, the attacker was found guilty under the law for the beatings, and was fined. The lawyer also filed a lawsuit in a civil court for the recovery of material and moral harm, a court hearing has not yet been appointed.

Stories of migrants who have experienced hate crimes 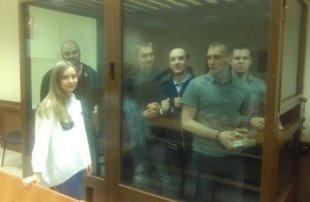 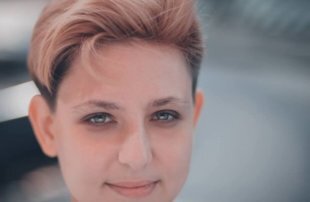 “If Person Says Something Stupid and Everyone Accepts It, He Thinks He Is Talking Sense” 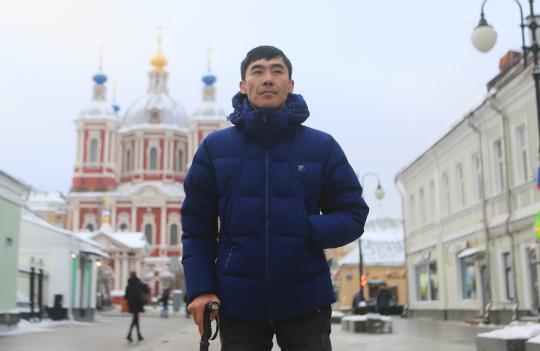 “It was only in the hospital that I realized I was paralyzed”: the story of Alexander Lee

how can you help

If you feel
like helping, you can do it right now.

It is important to remember that refugees are often deprived of the simplest everyday items; therefore any help is essential even if it seems insignificant.

What items and where to bring

The project of assistance in access to education is the key to a full and happy life for children with a difficult fate.

Helping migrant workers is fairness and honesty for those who work honestly.

Assistance for Refugees and Stateless Persons