Theatre of the Absurd in Court: Children Are Not Admitted to Schools due to Kindergarten Admission Rules

The judge also validated the decision of the Department of Education to deny the admission of children into the school because the procedure of enrolling in kindergartens had not been followed. 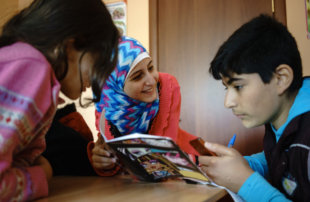 Meshchansky District Court of Moscow supported the Department of Education in non-admission of foreign citizens’ children in school. Both of them justified their position with a non-relevant document.

Four children from Afghan family who seeks asylum in Russia have not been enrolled in secondary and primary school №1021 and №1352 since they did not provide the registration of the place of residence or stay. While applying to schools, the parents provided a certificate from the Main Directorate for Migration Affairs of the Ministry of Internal Affairs of Russia confirming that the Directorate is considering family’s application for temporary asylum. This procedure can last up to several years and it is obvious that children must attend school during this period. Despite this, school representative expressed doubts that this certificate confirms the right of the children of this family to receive education in Russia.

Children’s mother wrote twice to the Moscow Department of Education about the difficulties she faced trying to enroll her children in school. In her appeals, she asked for assistance in resolving the problem as well as providing information on the availability of places in nearby schools. Officials responded with formal replies offering parents to register their applications for school enrolment through Moscow public services portal (mos.ru). It seems that the Education Department did not pay any attention to the fact that in her appeals, the children’s mother stressed the impossibility to file an application in this way since when registering on the Portal, it is mandatory to indicate the registration address. Civic Assistance Committee pointed out the unlawfulness of Department of Education requirement to provide registration as a condition for children’s enrolment in schools. Children’s mother repeated this legal fact in her appeals, but officials simply ignored her comments. As a result, the family had no choice but to apply to the court.

In court, the school representatives referred to the inability to submit the application through the above mentioned Moscow public services portal (mos.ru) as well as to the lack of necessary documents.  And it might be expected that at least the judge would try to consider the possibility of enrolling refugee children in Moscow schools without registration and to clarify what documents are lacking.

There was an unexpected turn of the event during the court session. The Moscow Department of Education representatives said nothing about the registration and suddenly referred to temporary rules for admission of children to kindergartens, and started to affirm that the children were on waiting list for kindergartens! At the same time, the mother never even tried to enroll her children in Moscow kindergartens; moreover, in all her applications she indicated in what grades of general education school she wanted to enroll each child. And it is obvious that children who are 7 and a half and fourteen years old are not going to kindergarten.

It is clear that two young and obviously unskilled representatives of the Department of Education either confused court sessions or just did not bother to examine the difference between the procedure for enrolling in kindergartens and general education schools, maybe both.

But most surprisingly the judge Afanasyeva instead of thoughtful consideration of the case seems to simply copy this even the formally irrelevant position of the Moscow Department of Education into a judicial decision!

As a result, the Moscow Department of Education not only violated all laws and international treaties that guarantee universal access to education but also provided absolutely ridiculous justification of their refusal: “needs in children’s pre-school education are being met if a family is registered at the place of stay in the territory of the city of Moscow.” In her decision the judge explains that, as it turns out, “from November 7, 2013, temporary rules for filing applications for registering children, for introducing changes in those applications and for enrolling children in state educational organizations, implementing programs of pre-school education, approved by the Department of Education, are currently in place.” And, finally, according to the judge Afanasyeva, it is precisely the non-compliance with this order that justifies “the failure to provide children of the plaintiff with places in educational institutions.”

It would be interesting to ask the judge what educational institutions she is talking about? What kindergartens? After all, it is the rules for enrollment in pre-school institutions which she refers to in her decision, and for some reasons, two unskilled representatives of the Department of Education had them in mind too.  Is it into primary or secondary school? That is where the parents wanted to enrol their children. Or for Judge Afanasyeva’s non-compliance with the rules for enrolling children in kindergartens can justify absolutely any of her decisions, since she really does not need any legal justification?

The legal department of the Civic Assistance Committee will appeal the decision of the Meshchansky Court also will draw the attention of the public and relevant departments to the problem of systematic violation of children’s right to education in Moscow. The absurdity of the judge’s decision is obvious. But our goal is not to reprimand the judge but to enrol children in schools. Time goes by and children are still out of school. 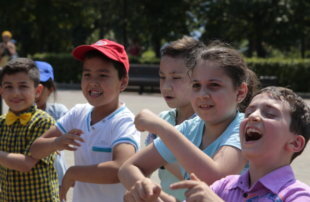 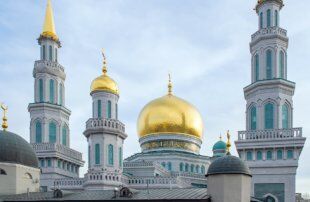 None of Their Business?