Whist the case of ‘Restrukt’ is passed from one department to the other, Alexander Lee, victim of the attack by neo-Nazis is suffering. He again needs help: a severe fracture of the femur complicated by necrosis and constant, uncontrollable pain has added to the immediate necessity for an operation. Sasha’s condition is critical. As a result, we are turning to you and we ask you to make a donation to support him. 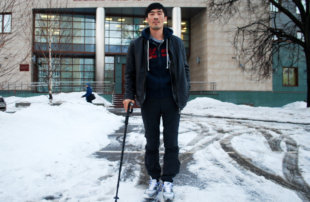 Alexander Lee’s life dramatically changed in June 2014 when he was attacked by members of the far-right group ‘Occupy-drugs’ (Okkupai-narkofilyai). The leader of Narkofilyai was the famous nationalist Maksim Martsinkevitch who at that time was hiding from Russian jurisdiction abroad.

Members of the group had planned to attack a drug dealer but he didn’t turn up to the meeting. As a result the aggression of the young men was quickly turned on the only nearby person with a non-Slavic appearance. Alexander Lee ‘provoked’ the attackers by speaking on the phone. The young men decided that Sasha was calling the dealer and with the shout of ‘Get him! Kill him! Chink!’ rushed over to him.

Alexander tried to run, but the attackers quickly caught him and knocked him to the ground whilst spraying him in the eyes with a gas canister. One of the guys was armed with a telescopic truncheon with which he beat Sasha’s back, neck and legs. There were five attackers – too many to resist against.

When the teenagers stopped beating Sasha and ran off, he couldn’t stand only lie on the grass and moan from the terrible pain. A passer-by started to help him, trying to get him to sit on the curb but Sasha couldn’t sit or stand – he couldn’t feel his leg. Besides this he couldn’t see anything, the gas had blinded him.

When we visited Sasha in the hospital he would always ask us: why did it happen to him? For what did they so cruelly beat him, in the middle of the day, in the city where he had lived and worked for many years? Sasha is from Uzbekistan and is ethnically Korean. He had lived in Moscow for some time, working as a cook in a restaurant.

But after the hospital everything changed. Sasha can’t get out of his wheelchair and cannot work. There is no money for treatment.

Civic Assistance Committee is helping Sasha Lee – we paid the bill for his treatment in Moscow and for rehabilitation in Uzbekistan. The treatment worked: In autumn 2015 Sasha managed to come to the court himself, albeit with a cane – one leg didn’t want to work and he was in great pain.

The pain didn’t go away as the doctor expected. On the contrary it has increased. In July 2016 we received a terrible letter from Sasha. Below is his complete letter:

‘…I therefore can’t return to Moscow yet, I was hospitalized in Tashkent and in critical condition, they are ready to operate. They will make a prosthetic limb, It turns out I have a fractured femur in the hip joint. Therefore I can’t walk. The date of the operation still hasn’t been arranged, there’s no money, we are trying to get it together but without success… they need to put a titanium joint in the leg and the cheapest costs 2000 USD. That’s not including medication, payment for the operation and the stay in hospital.

Everything is very bad, because in addition to the fracture, an aseptic necrosis of the femoral head in the hip joint has developed. Horrendously painful. Painkillers don’t help, and I sleep for a maximum of 2.5 – three hours a day. They want to inject the morphine. I’m scared to live without la leg…

There is no free medicine in Uzbekistan. Even disabled people have to pay crazy money. Therefore I don’t know how to live or what to do. Even on crutches I could barely move – I have the feeling I will die soon.’

When someone writes this, someone who never complains or talks about his feelings – and Sasha is such a person – it gets really scary. At the moment we don’t have any money to buy Sasha’s titanium joint and pay for the operation.

Therefore we are asking you for help. You can make a donation for Alexander Lee’s operation, sending money to our account.  Please make clear in the payment ‘help for Alexander Li’ to make sure we use your donation to support Sasha. Below you will find the bank details for currency transfers:

For foreign currency transfers in US dollars:

For foreign currency transfers in euro: 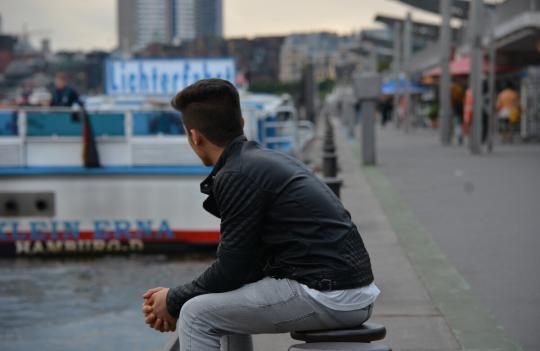