The international human rights organisation RAW in WAR (Reach All Women in WAR) presented the 2022 Anna Politkovskaya Award to the Chair of the Civic Assistance Committee Svetlana Gannushkina and Ukrainian midwife Tetiana Sokolova “for their bravery in defying injustice, violence and war crimes in the context of the ongoing conflict in Ukraine”.

“To receive the award named after Anya Politkovskaya – someone very dear to my heart, is a great and, perhaps, a not entirely deserved honour.

I met Anya in August 1996, during the first Chechen war and in relation to the war. All our contacts, in one way or another, had something to do with that war. Her first articles about Chechnya were based on our materials and conversations with refugees in our Civic Assistance Committee. Her notes on women at war, called “Alien War, or Life Behind the Barrier”, which Anya passed on to me were published by us as part of the Memorial programme.

We travelled together to refugee camps in Ingushetia in late December 2002 and to Chechnya, where housing had not yet been restored for Chechens to return to. We were trying to prevent this emergency relocation of people in wintertime. The Chechen Republic government building was blown up 15 minutes after we left it. Anya’s last article, in August 2006, was based on my publication “Lads Were Recruited at the Seaside” – about the terrible provocation in Khasavyurt where they’d invited 20 young lads to go to the seaside and “talk about the future of Chechnya”, dressed them up in military uniforms and shot them. Four of them survived and were declared insurgency fighters. Anya’s article helped to some extent to protect families of the survivors and those who died as a result of persecution.

And now another war brings us back together – an even more brutal and absurd war than the Chechen one. How can I dare to stand next to Tetiana Sokolova, a courageous witness to what is happening in Ukraine right now?”

Svetlana Gannushkina has been helping refugees and migrants in Russia for over 30 years. Svetlana Gannushkina is the Chair of the Civic Assistance Committee, which in 2015 was entered into the register of “organisations performing the functions of a foreign agent”. The human rights advocate also headed the Migration and Law legal aid programme of the Memorial Human Rights Centre (entered into the “foreign agents” register in 2016 and liquidated in 2022). In 2022, the Civic Assistance Committee was subject to a prosecution inspection and a search by the Federal Security Service officers. On her 80th birthday in March this year, Svetlana Gannushkina was arrested in the centre of Moscow and fined for “violation of the established procedure of holding an assembly”.

Tetiana Sokolova is a midwife from the Maternity Hospital No. 2 in Mariupol. She remained in the city until the end of April and delivered babies in a basement under bombardment.

“I want very much to tell the whole world how, in the basement of the ruined maternity hospital in Mariupol, 27 babies were born, under bombardment, shelling, Grad rocket blasts, thanks to the courage and steadfastness of their mothers. I want to mention our small medical team of 4 women who remained true to themselves, who stayed there in the basement to help women in childbirth so that good could triumph over evil, so that new life could spring up amidst death and destruction”. 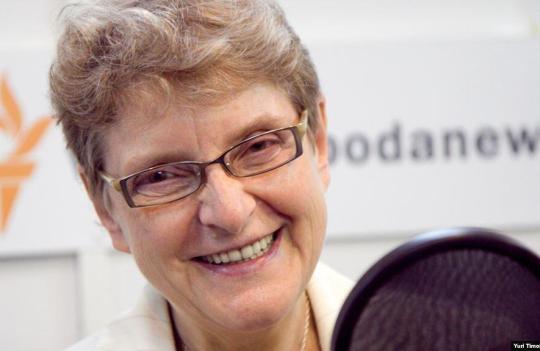 “You can’t bow down to the offender” 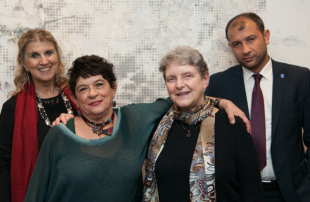