The Constitution of the Russian Federation guarantees the right to education to ALL children.

What exactly do Russian laws provide for?

Depending on a specific region, the enrollment process is either held in the school itself or organized through a public services portal. Namely, in Moscow, one can request enrollment in a school at the Official Website of the Moscow Mayor and Moscow Government at mos.ru, and in Moscow Oblast – at the Portal of State and Municipal Services of Moscow Oblast at uslugi.mosreg.ru (only available in Russian).

When should a child be enrolled in a state or municipal school?

The start of enrollment in the first grade varies from region to region, but, according to the federal regulations, enrollment must take place not later than on the 1 February of a given calendar year. It should be noted that:

– The first to be enrolled are the children registered (migration registration included) in the territory assigned to the school;

Documents required for enrollment into a state or a municipal school

ONLY the following documents are obligatory to request enrollment of a child in a school:

1. A document certifying the identity of the child’s parent or legal guardian;

2. The child’s birth certificate or another proof of relationship;

The only exception is admission to the first grade, and only within the period from the beginning of the enrollment process until 30 June of a given year (or until the moment when all the children residing in the territory assigned to the school are enrolled in the first grade), where it is also required to provide a document proving registration for residence or for stay (including migration registration).

Provision of medical records or a personal file (in a situation of transfer from one school to another) is advisable, but not compulsory, and well-grounded failure to provide these documents cannot serve as grounds of refusal to admit a child to a school.

When can a child be refused enrollment?

The only lawful reason for refusal is the absence of vacant places in a school. In this event one should contact a competent education administration body (for example, Moscow Department of Education and Science in Moscow, education boards of municipal districts and urban districts in Moscow Oblast). These authorities should help the family find a place in a different school.

A free consultation on the topic can be provided by the Civic Assistance Committee. Our experts advise on education matters three times per week: on Mondays, Wednesdays and Fridays from 12 to 18 at Olimpiyskiy prospekt, 22. A consultation can be arranged through a phone call at:

* In some regions, such as Moscow, some districts of Moscow Oblast and Saint Petersburg, access to school education directly depends on whether a child has registration or migration registration, without which it is impossible to file an application through official state services websites notwithstanding the time and the grade in which the child is trying to get enrolled. That being said, the requirement of registration as a prerequisite of access to education is illegal. And we are fighting this unlawfulness in courts.

how can you help

If you are concerned about the topic above, now you can make a contribution to the life of the young people who have experienced a lot and are worthy of a happy childhood and future.

To do this, you can: 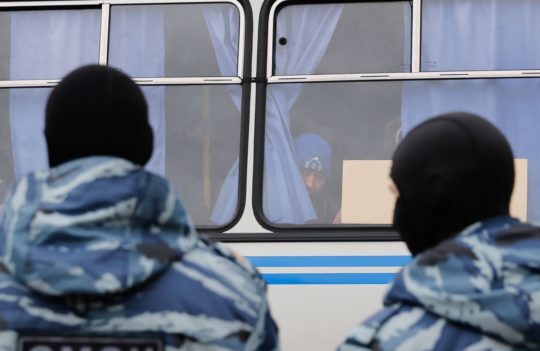 “I WILL EITHER BE IMPRISONED OR KILLED.” RUSSIA REFUSED ASYLUM TO GAY MAN