A Ukrainian national from Lugansk awaiting his deportation to Kyiv in a CTDFN has been granted temporary asylum in Russia. 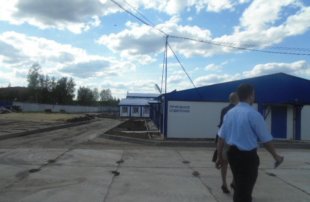 The Main Directorate of the Ministry of Internal Affairs for Moscow Oblast issued a decision to grant temporary asylum to Ukrainian national “out of humanitarian concerns”.

Earlier this same person had been ordered to be expulsed from the country by a court for violation of the rules of residence in the Russian Federation: the Ukrainian had been staying without proper identity papers as he had lost his passport, and since he originated from Lugansk Oblast, he could only count on receiving a repatriation certificate from a consulate in Russia. He is currently awaiting deportation in the Center for Temporary Detention of Foreign Nationals (CTDFN) in Yegoryevsk where he was placed subject to the above-mentioned court decision.

We have earlier covered his situation and deportation of natives of Eastern Ukraine in more detail here.

«Now everything only depends on whether I am getting released and when,” sighs Oleg (the name has been changed). According to him, there are currently 16 more Ukrainian citizens in the CTDFN with him, one Ukrainian has been recently set free: “The director of the CTDFN now visits us every other day, he is afraid of our activity as he sees that the lawyers are fighting for us and that we ourselves are writing complaints to the Prosecutor’s Office, for instance.”

“And that without us having filed a complaint on the conditions of the detention,” emphasizes the applicant of the Civic Assistance Committee. And there definitely are grounds to complain: the food is served in plastic dishware, no hygienic products are provided, only one roll of toilet paper is provided per 6 people for 10 days, not everybody gets sent to medical examination but just the selected ones. And those are the conditions in which individuals are awaiting deportation for several months, if not years (the maximum term of detention in a CTDFN is two years).

Having considered Oleg’s application for temporary asylum, the Main Directorate of the Ministry of Internal Affairs for Moscow Oblast has issued a decision subject to the Article 12, para. 2 of the Federal Law on Refugees. That is, a rule that states that when a person cannot be eligible for a refugee status in the Russian Federation, he or she are eligible to seek temporary asylum based on humanitarian considerations.

It is worth noting that in his decision, the judge quoted the information statement of the Ministry of Foreign Affairs of the Russian Federation and concluded: “Currently, the situation with the human rights protection, public security, economic position of the state, guarantees and possibilities for enjoying socio-political rights and freedoms by the citizens in Ukraine is quite alarming and is demonstrating a trend to a continuing deterioration.”

On 23 May, a Commentary of the Department of information and press of the Ministry of Foreign Affairs of the Russian Federation was published in connection with the situation in Ukraine. In particular, it stated, “We are concerned by the reports on continuing deterioration of the situation in the conflict area in the southeast of Ukraine. Acts of provocation undertaken by the Ukrainian armed forces with silent condonation of the foreign patrons of Kyiv have led to the most serious escalation of tensions in Donbass region since the time of the declaration of the “Easter” ceasefire on 30 March of this year.”

The decision of the Main Directorate of the Ministry of Internal Affairs for Moscow Oblast stands out from the recent court decisions that dauntlessly expulse Donbass natives to Ukraine referring to the “ceasefire, withdrawal of heavy armament” subject to the Minsk Agreements of 2015, which, according to eyewitnesses and to human rights defenders, does not correspond to the reality.

“Such decisions are in general very rarely pronounced, and it is especially rare that the applicants get copies of such decisions in their pockets. The situation is even more unique given that the statement of motivation contains reference to the information of the Ministry of Foreign Affairs. Usually, in the practice of the Main Directorate of the Ministry of Internal Affairs, a decision on refusing temporary asylum to a Ukrainian national usually speaks about stabilisation of the situation in Lugansk and Donetsk Oblasts following the conclusion of the Minsk Agreements,” emphasizes Illarion Vasiliyev, the applicant’s lawyer from the Civic Assistance Committee, 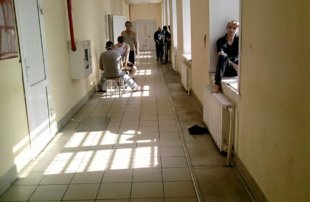 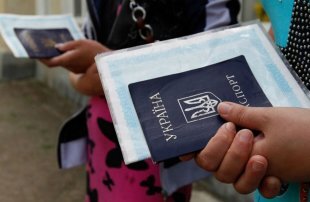 New Year’s Eviction: Ukrainian Refugees Forced Out On The Streets