487 REFUGEES IN RUSSIA. IS THIS A LOT OR A LITTLE?

487 people in Russia have refugee status certificates. This is the official data for January 1, 2020, published by the Federal State Statistics Service. Тhis is the minimum value since 2007. Over the year, the Russian migration service recognized only 23 people as refugees.

How to receive refugee status in Russia – read here.

Another 42 thousand people have a certificate of temporary asylum in Russia. This document is issued for a period of one year. Theoretically, it can be extended but in practice the number of temporary asylum holders is also decreasing every year. By the end of 2019, it has fallen by half.

96% of temporary asylum status holders in Russia are Ukrainian citizens. Only 1672 people from other countries have this status. 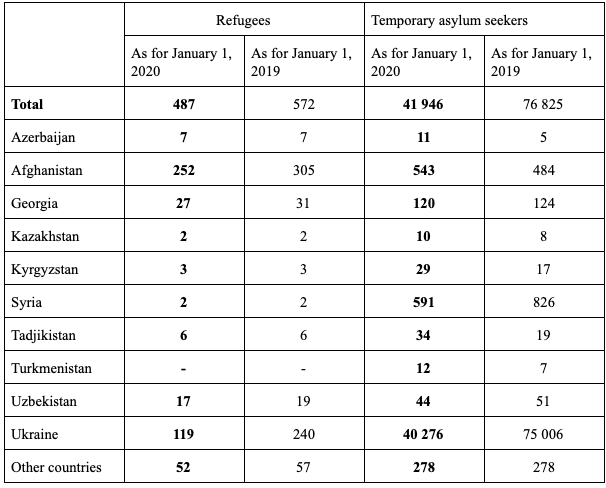 IS THE NUMBER OF REFUGEES IN THE WORLD DECREASING?

WHO IS ACCEPTING REFUGEES FROM THESE COUNTRIES?

Turkey hosted most refugees from Syria (3.6 million people). Another 1.5 million Syrians now live in Lebanon, the leader in the number of refugees per capita (every sixth Lebanese resident is a refugee). In Russia, only two (!) Syrian citizens have refugee status, 591 Syrians have temporary asylum status for one year.

Pakistan accepted the second highest number of refugees (1.4 million people), followed by Uganda (1.2 million refugees), Sudan (1.1 million) and Germany (1.1 million). Against this background, Russia’s numbers look insignificant: the largest country in the world has offered asylum to less than 0.2% of all refugees. 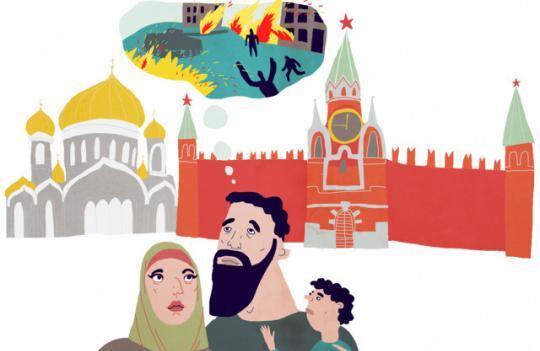