We publish an analysis of the Ministry of Interior’s migration statistics for the third quarter of 2022. According to it, five foreigners were granted “refugee” status in the third quarter, 28,500 were granted “temporary asylum” status, and the number of those wishing to obtain Russian passports from most of the former Soviet republics and other countries is declining. The increase in the number of persons admitted to citizenship is due to a sharp increase in the amount of Ukrainians who have obtained Russian passports. This growth appears to be linked to the actions of the Russian authorities in relation to part of the territories of Donbas, Zaporizhzhia and Kherson regions.

Civic Assistance regularly publishes analyses on the state of asylum in Russia.

Analyses of data for the first half of the year are here and for the year 2021 are here.

The total amount of people with “refugee” status (294) is a new and already an anti-refugee record in the history of the Russian Federation. Never before has Russia had such a small number of recognised refugees. And this is at a time when in July 2022 the Ministry of Emergency Situations of Russia reported that since the beginning of the year, more than 2 million 800 thousand refugees from Ukraine have arrived in Russia, and about 25-27 thousand new refugees are crossing the border every day.

Russia also has a “temporary asylum” status, which differs from the “refugee” status in that it gives fewer rights and guarantees and is only granted for a period of “up to one year”. Thus, the status of “temporary asylum”, according to statistics of the Ministry of Internal Affairs, for the third quarter of 2022, 28 thousand 409 people have obtained it, and a total of 92 thousand 988 people for the three quarters of 2022. The vast majority of those who obtained the status (99%) were from Ukraine. At the end of the third quarter, 88,658 persons had this status. At the same time, the vast majority of them (98%) are again from Ukraine, the holders of the “temporary asylum” status from other countries – only 1,980 people.

What is striking is that more of those who had this status in the first three quarters of 2022 obtained it as of 30 September. What is the reason for this? The answer is that some of the natives of Ukraine who obtained this status in 2022 either left Russia or obtained a residence permit or a Russian passport. 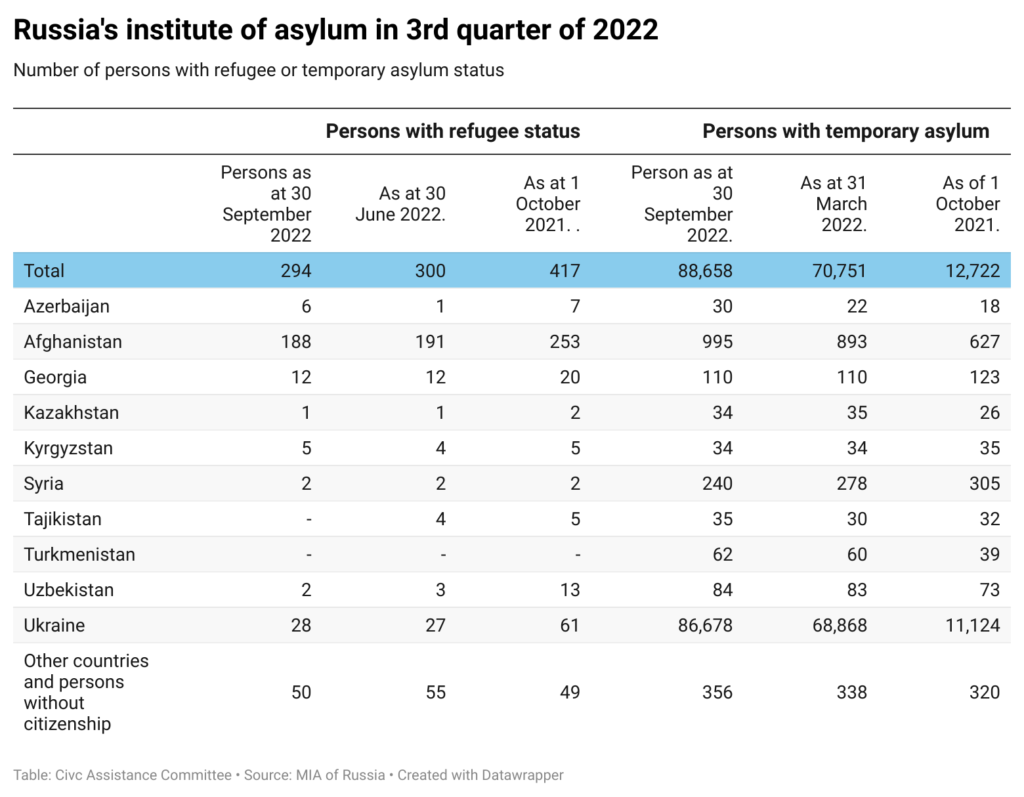 Table 1. Number of persons with refugee or temporary asylum status (according to the RF Ministry of Interior)

Another noteworthy aspect of the Interior Ministry’s statistics is that during the first three quarters of 2022, 74,724 natives of Ukraine applied for refugee status and 93,724 for temporary asylum, while, as noted above, in July officials talked about more than 2.8 million natives of Ukraine who have come to Russia since the beginning of the year. This amount raises questions. How adequate is it to reality? Does the Ministry of Emergency Situations take into account those who entered Russia twice, three times, etc., then left and then re-entered? Does this figure include those who left Russia for Europe or returned to Ukraine? If so, how many of those who entered stayed in Russia?

While in the first and second quarters of 2022 the number of people accepted for Russian citizenship was significantly lower (about 20%) compared to the same periods of 2021, the third quarter of 2022 saw a sharp increase. Thus, in the third quarter of the record year 2021, 198 thousand 144 people were granted Russian citizenship, in the same period of 2022, the number of people granted Russian citizenship was much higher – 255 thousand 22 people. This sharp increase is apparently directly related to the so-called “referendums” held on September 23-27, 2022 in that part of the territory of Donbas, Zaporizhzhia and Kherson regions which are or were under the control of Russian armed forces.

On October 12,  2022 UN General Assembly adopted the Resolution ES-11/4 by a vast  majority of votes and condemned illegal actions of the Russian Federation within the above-mentioned territories.  This explains the way how in just three  months of the third quarter of the year 2022  Russian authorities were able to naturalize 160 611 immigrants from Ukraine which is 55 % more than during the first half of the year as whole (105 6390).

During the third quarter of the year 2022 Russian Ministry of Internal affairs has issued more passports than the year before as a whole for the immigrants from only three out of fifteen former Soviet Union Republics – namely Ukrainian, Tajik, and Kyrgyz people. The most remarkable is that in 2021 Kyrgyzstan and  Tajikistan had the lowest GDP based on purchasing-power-parity (PPP) per capita rate among all the CIS former and present countries.

Meanwhile the most drastic decline in obtaining Russian citizenship (by over a third) was noted among the immigrants from Belarus (- 50%), Georgia (-44%) and Moldova (-39%). 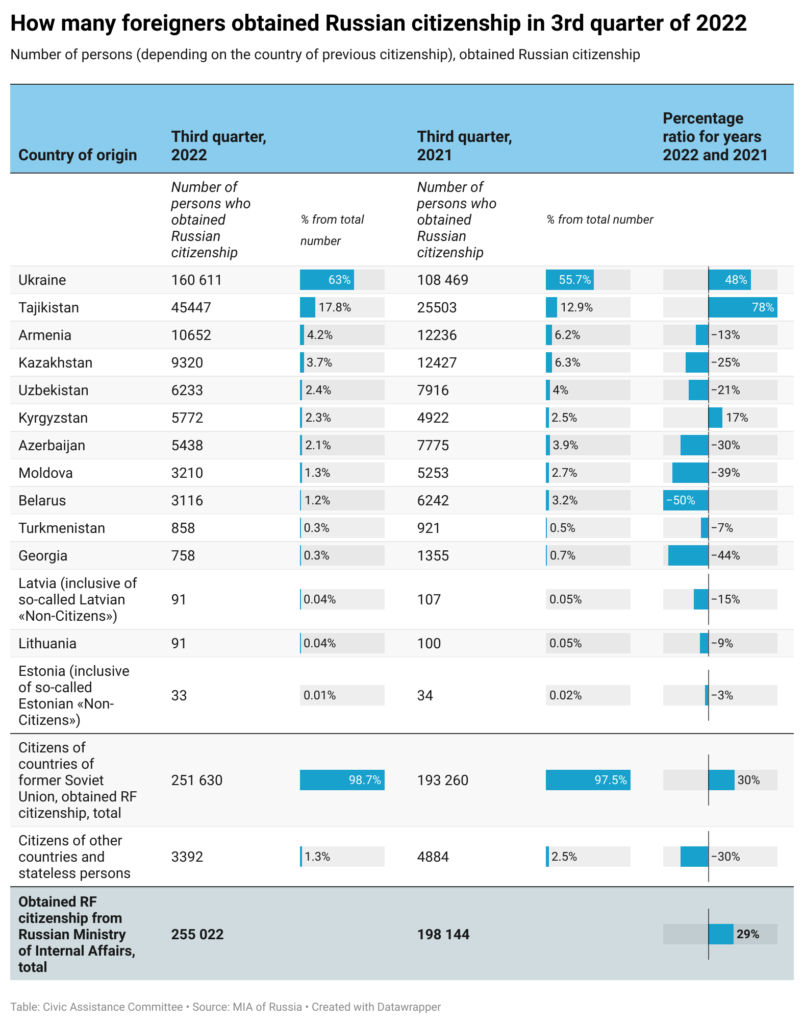 Table 2. Number of persons (depending on the country of previous citizenship), obtained Russian citizenship (according to the data of the Ministry of Internal Affairs of Russian Federation)

During the first nine months of the year 2022 Russian passports were received by 542 525 persons, which is just a bit less in comparison with the same period of the year 2021 (549 814 pers). Such a small difference (1% only) is a direct result of the sharp increase in the number of Ukrainian immigrants naturalized by the Russian Federation during the third quarter of the year 2022.

In our overview as of the first half of the year 2022 we marked the drastic decline in the number of those who wish to obtain Russian citizenship. Data for the third quarter of the year 2022 shows no change in noted trend as despite the fact that Russian authorities eased the rules to obtain Russian citizenship, a noticeable growth on immigration was observed from only three out of 14 former Soviet Union republics. The decline was compensated precisely by the dramatic increase in the number of immigrants from Ukraine who received Russian passports which was driven by the events that were described in the UN Resolution quoted above. At the same time the interest in Russian passports has droped not only among the immigrants from the vast majority of former Soviet Union countries but from far-abroad countries as well, as indicated by the immediate 30% decline in naturalization from these countries. For instance, during the year 2021 and first half of the year 2022 Vietnamese citizens ranked  first among the immigrants from far-abroad countries to obtain Russian citizenship. The comparison of the data for the third quarters of the mentioned years shows a decrease in such a number by 15% (from 445 persons in the year 2021 to 378 in 2022  respectively).

It is necessary to emphasize once again that this is not about Russian authorities denying the naturalization for those who seek it, but  precisely about the decrease in the number of people interested in Russian citizenship. Thus, although there is no open data regarding the number of applications for citizenship that were submitted, it  is necessary to note that the procedure of naturalization did not get complicated lately but it has even been simplified. Also authorities have not been making any claims regarding decrease in share of applications for citizenship that got approved.

We help refugees and stateless persons

Status That Never Existed: History Of Political Asylum In Russia 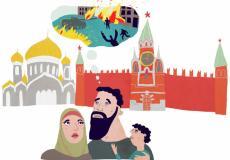