Over the past few years Russian courts arduously expell migrants from the country, usually in flagrant violation of procedures and other norms.

The Civic Assistance Committee employee Konstantin Troitskiy prepared the report on mass expulsions of foreigners from Russia, which is now available in English. You can download the English version of the report following the link.

In Moscow, the expulsion process turned into a real avalanche. Thus, in 2015 district courts have issued more than 58 thousand expulsion decisions under Articles 18.8 and 18.10 of the Administrative Code of the Russian Federation. Such cases took more than 80% of the total number of administrative cases in district courts. The average consideration of such case lasts from three to five minutes, as a result creating champion judges, who manage to expell up to hundred people within one working day.

Сhertanovskiy district court turned out to be the absolute leader on the nember of cases. According to the data of official website of the court, for the first six months of 2015 the court considered more than 2500 cases  under Articles 18.8 and 18.10 of the Administrative Code of the Russian Federation. About 90% of these cases were considered by one judge, namely, Andrey Vasiliyev. On average, some 22 administrative cases of foreign citizens were considered in this court every day.

We paid attention to numerous cases, when a foreign natinal, detained outdoors, didn’t have necessary documents, but later  the documents were brought and presented at the case consideration. However, judges  issued orders on expusion even in these cases. Moreover, in the end of 2015 and the beginning of 2016 the court of the second instance, previously siding migrants, began to keep in force such decisions.

Such proceedings present not only violatons of human right to a fair trial, not only violation of Russian and international law. There is always a human destiny behind each unauthorised decision. Everyone gets expelled: those who have no money for a ticket to go back home, those, who have no place to live at home, young and old, men and women. Only Ukranian citizens have a chance to stay in Russia; and those who have close relatives here. Others have to leave, even if their children are starving at home, that is quite common for the republics of Central Asia.

Since the end of 2014 Civic Assistance Committee employees are actively engaged in monitoring and analysis of expulsion problem as well as legal assistance to migrants, whose rights were violated in such cases. Konstantin Troitskiy spent the whole year of 2015 monitoring courts,  personally witnessing trials and comparing the data from official judicial sources. As a result, he prepared a report with detailed analysis of situation in Russian district courts.

We help refugees and stateless persons 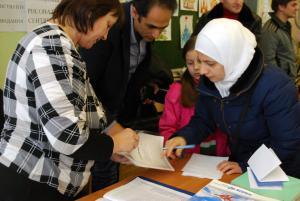 SYRIAN REFUGEES IN RUSSIA: A REVIEW OF THE SITUATION IN 2018 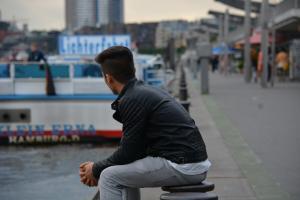 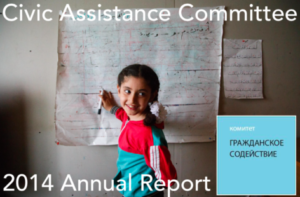